The end of Caledonian Canal

on July 18, 2010
So, here we are in Fort William, at the end of Neptune's Staircase; the Caledonian Canal is finished and we are soon off to the sea again, with Jussi Björlings voice in the stereo in the background. It has been a few cloudy and rainy days, but the company has been great - two friends from Stockholm joined up at Dumnadrochit to follow along the way. 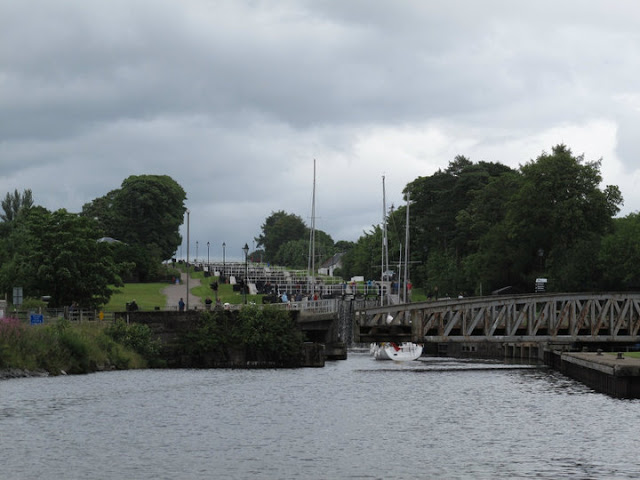 We have fished for Nessie, bathed in the ice-cold Loch Ness, drunk beer, gone through sluices, and been photographed by tourists a couple of hundred times. Met another Swedish boat yesterday, a big one with a crew of six, and had a pint (or five) with them at the local pub in Bunavie, had a great time. The ginger ale here is great, the label brags about it being both an aphrodisiac and a cure for sea-sickness, don't know about either but the taste was excellent.
The outboard engine decided to give up just before entering a lock, luckily there was a workshop nearby where we could get the tools needed plus some start gas, which together with 5-56 and some Russian swear words did it. I will try the same treatment on the inboard, which is still not cooperating, so wish me luck. It's preferable to have as much engine power as possible at the coast here, because of the strong and very tricky currents. Well, nothing is too tricky with a generous dash of Laphroaig to it, so we hope for the best as always ;)

Here are some photos from the locks we passed along the way. 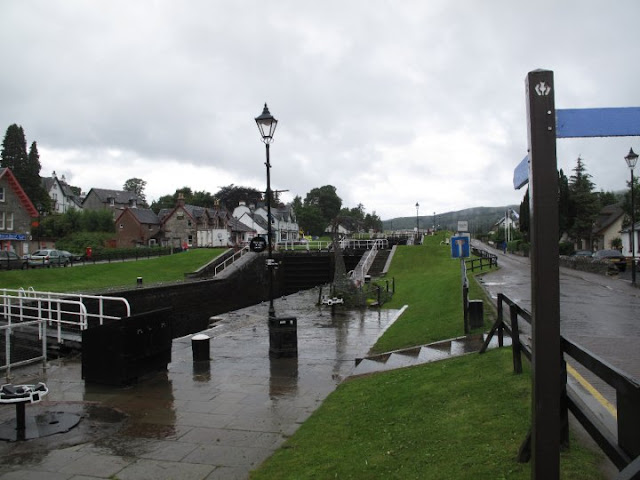 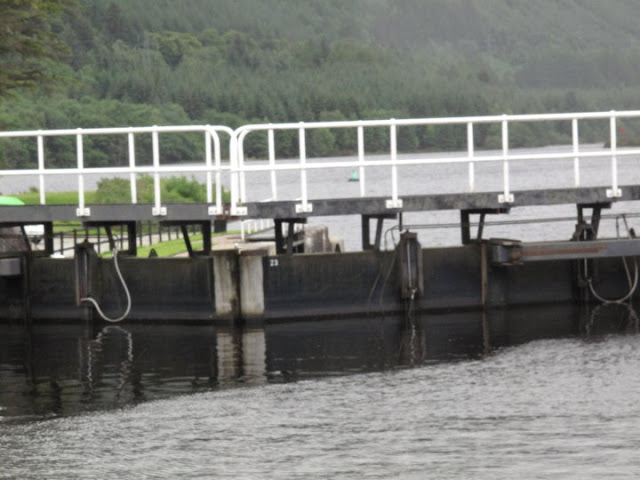 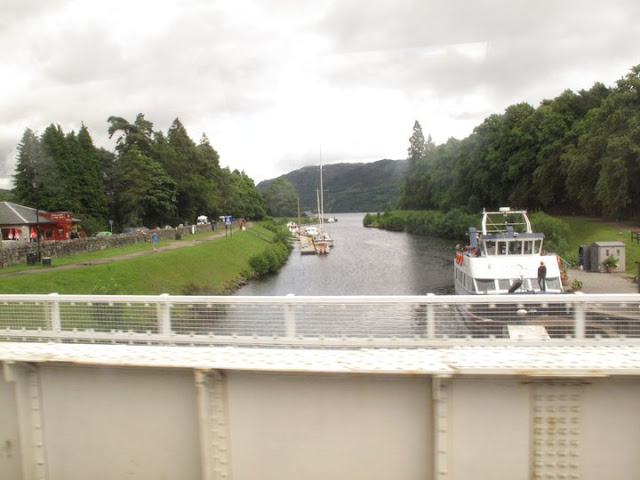 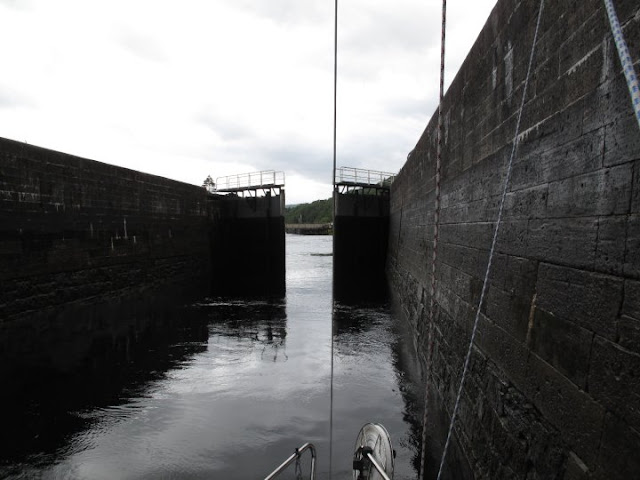 Our next stop was to be Oban and we were going to go further from there, the adventures were to escalate! Read about it here.