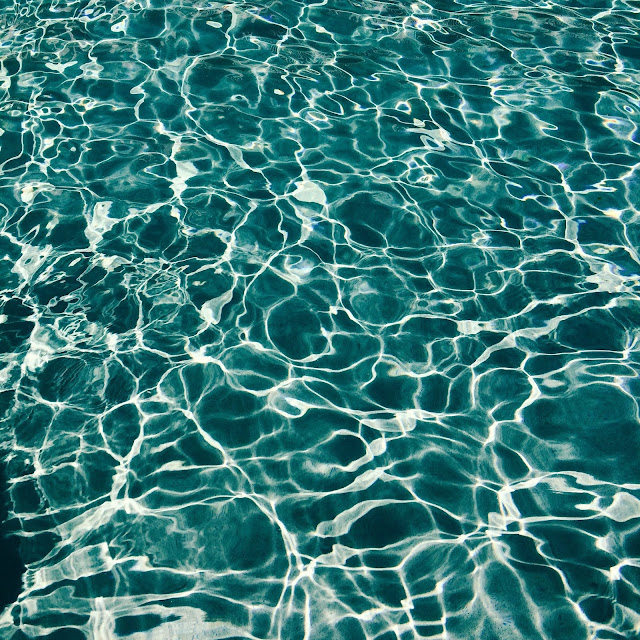 Niue is an island that should have been more known in Sweden. In the 90's, an American bought the rights to their country domain, .nu - since he thought it sounded funky in English, like "new". He later realized that it was much more popular in Sweden and of course made a huge profit of it. The country of Niue realized it and wanted the .nu back - but it was too late. According to what I’ve heard, he gives them a quarter of the annual income, and also free internet, but they are still trying to get the rights back.

Niue is a small island, right between Cook Islands and Tonga. It is unprotected by the reefs, so the mooring field is very exposed if the trades suddenly turn to westerly winds. Which was about to happen, as a cold front was moving Eastwards while I was on the way there. That's partly why I stayed some more days at Palmerston - I chose to be hit by the front while at sea, not near land, which is far more dangerous.

The winds were very hard when they hit the boat; the port side solar panel was ripped off from its rope brace and flew upwards (however no structural damage was done, but this has never happened before). The boat took the weather nicely otherwise, and from down below you could barely imagine that it's blowing like hell outside, and it was possible to sleep through the whole thing. It was over in a few hours.

I got a mooring at Niue, but had to wait for a day to clear in, as the swell was too hard for a dinghy to get to land. Then, I set off to see the rugby finals at a local pub. Everyone seems nuts about rugby in South Pacific so I wanted to know what the fuss is about. I had a great time with the locals and the Kiwi tourists. And I did enjoy the rugby, so much more fun than soccer!

The day after, I set out in the car together with Meikyo and explored the beautiful island. We swam in crystal clear chasms, climbed in caves, and have seen the most wonderful beaches, one hidden in a crevasse so narrow that one could reach the stone walls if one stretches out the arms. The cliff walls were vertical, stretching up for many, many meters, and inside there was white sand, coconut palms, and a small lagoon - a private paradise for the lucky one who searches and finds it. At yet another place, there were lots of coral fish in the clear water. The sea waters around Niue are crystal clear because of how the water running down from the lush island is being naturally filtered by it, so one can see almost a hundred meters down, in good conditions. I was moored at 20-30 meters, and I could easily see the bottom from here. I checked later, and during those days the visibility was about 80 meters. Easy to get a vertigo from the height, when snorkeling.
The waters around the boat are beautiful, with a lot of underwater life. The colorful coral reef fish here are not afraid of anything, almost tame; they almost let you stretch your finger out and touch them. One peculiar local here is the sea serpent. The snakes are very curious, and not dangerous – despite being poisonous, they are not aggressive and have very small mouths so no one ever has been bitten - you'll have to shove your little finger down its throat if you want it to bite you. I swam with the sea snakes, followed one of them just two feet above it. Breathtaking. Then a shark came and started circling me a meter or so away, clearly marking the territory, so I chose to carefully back away. Back to the boat very fast for this time.

The island of Niue is one of the world's safest destinations despite sharks and snakes – they are not really dangerous. And the crime rate is very low. People here are highly religious and I guess that's the main cause. Everyone is relaxed and helpful. Even the chief of the islands’ police that we met this Saturday wore shorts and flip-flops, and drove like a madman, while looking relaxed and happy.

The island has an exciting history, with migrants from Cook islands, Tonga and Samoa coming to inhabit the island. However, before the time when New Zealand started cooperating with Niue, all history was forwarded by word of mouth and never recorded. It is though known that in 1774, Captain James Cook sighted Niue and tried to land there, on three occasions in fact, but was refused by the locals. He called the place "Savage Island". Hard to believe - today the people here are very welcoming. I got a lot of help, and a ride around the island with a local guide for free. The local traditions go way back, like the ear piercing ceremonies as the "becoming an adult" rite. Traditional tattoos are also popular here. The island is a treasure of culture and nature, all together with wonderful welcoming locals.

The next destination was Tonga, but first I was to cross the Date-Time Line.