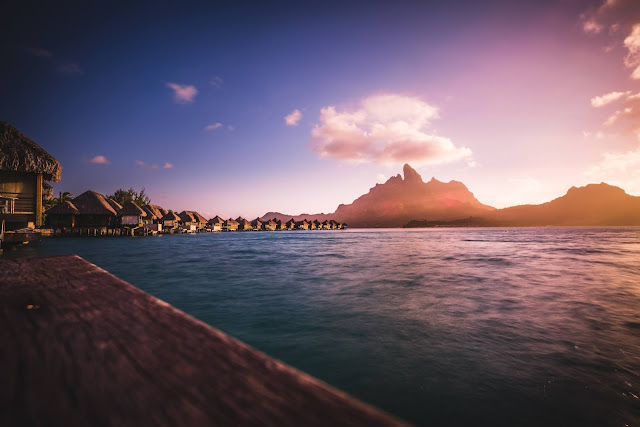 According to all travelling guides, Bora Bora is supposed to be one of the most beautiful islands in the world.

Going there right away and skipping Tahiti was also the best shot when it comes to paperwork. I bypassed the Eastern ports of Entry (both Marquesas and Rangiroa) and was supposed to clear in at Society islands. I have heard that the customs at Tahiti are very hard to deal with, that they will search through everything on the boat and turn it upside down in the search for weapons and drugs, and also will force sailors to pay taxes for any (!) wine or alcohol onboard. The alcohol prices here are very high; much higher than Sweden even. On board, I had a bit of South American wine and Caribbean rum (hard currency), and didn’t want to risk paying extra for that. I got rid of some wine and rum to the sailors in Tuamotu, but still was not looking forward to the taxes. However, in Bora Bora the customs were smooth and nice. Could it be because nobody ever clears in there? They did not go onboard, never asked for alcohol amounts, in fact the paperwork took 5 minutes and was free of charge.

Bora Bora is very beautiful, the landscape dramatic, the lagoon lovely, and there are flowers and fruits everywhere. Flowers in the hair of Polynesian women, flowers in drinks and vases and bathrooms. The people are exceptionally friendly.

I was staying at Bora Bora Yacht club on the main island of Anau, with the backdrop of To'opua, right outside the island's largest city of Vaitape where half of the island's population lives, just below 5000 out of 9,000. I stayed on a payed mooring, but it included hot shower, for the first time since Caribbean. I saw this location as the perfect possibility to explore the city of Vaitape, and also to get inspired by the French Polynesian cuisine. However, there were very few places to go and eat. Nobody can miss the ads about Bloody Marys, the most hyped up restaurant here, but I experienced it as a tourist trap. Aloe Cafe has some nice sandwiches and cold beer on tap (a wet dream for a Pacific sailor!) But the best place was Saint James. A splendid chef; Jonathan Chere, makes high class Polynesian influenced food here. The local specialty is seafood with vanilla sauce!

Bora Bora was a contrast to all other islands that did not have an airport and thus did not have a lot of on tourists. It is definitely more touristy, there is top notch food and drink, however the welcoming Pacific spirit is still existing there – even in the busiest supermarket, people would give you a smile as it were a flower, and if you would return it a warm greeting came right away. “How are you enjoying our beautiful island?” was the question I heard most frequently. That’s compared to “Where you are from” or “How can I help you” in all other countries.

I could not help staying for a whole week, between 27th of September and 4th of October. Then, I sailed off to Cook Islands. But I had to make a detour - read about the further sailing leg here! 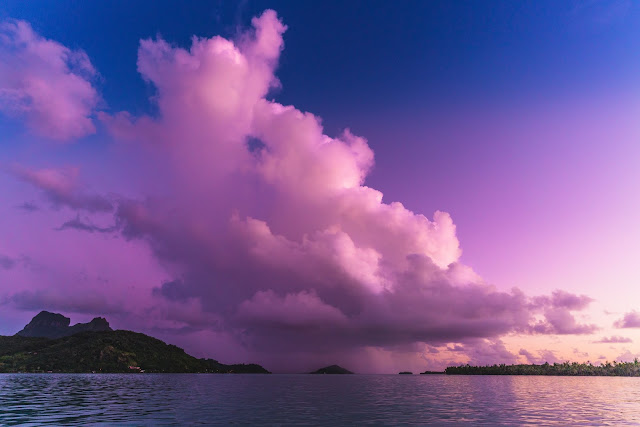