Biking between the oceans: last part

on January 04, 2016
The last stretch, between Guacimo and Limon, was the hardest. It's an extremely dangerous road, even for car drivers, as it is the only connection to Limon, the largest port on the Caribbean side. There are only 2 lanes, no side walk, and constant huge trucks coming at a large speed. No place for a cyclist.


I tried taking the small roads running parallel to the main one, but it was also a pain. Many of the places on the Caribbean side of Costa Rica are poor, and may be very dangerous to a lone traveller. I was warned by the locals.


Also, many such roads run across rivers, and locals use railways bridges to cross them. It's OK as long as there is a walking/cyckling part, but there usually isn't any. I am not comfortable carrying my heavily-loaded bike over such bridges without having a full overview of the train timetable, and a track of deviations from it :) 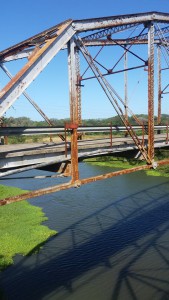 So how to risk-minimize? I finally cycled along the mainroad, but in the ditch instead of the pavement. I had a mountain bike, after all. The slow pace, hard going and the amount of mud in my face was worth it. The traffic there is unforgiving and just a glimpse at the last pages of the local newspapers says it all.


At the end, the going got very tough. The bike broke down in Batan, just shortly before the finish line, but I managed to find a bike repair shop who could replace the gearbox on the fly (I could do all the minor reparations myself, but did not have the spares for gears). I was physically tired, also a bit stressed out because of the immediate dangers posed by the traffic and the criminality. Limon is not a nice place to stay as a solo traveller. I touched at Caribbean coast on Day 9 (totalling at about 450 km), and made an effort to leave the place as soon as possible. 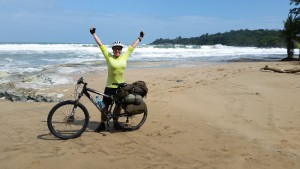 As a bonus, I visited the Cacao museum at Cahuita, found my way to Turrialba to do some rafting on Pacuare River, visited a few volcanoes, and then went back to Peninsula Nicoya to continue discovering beaches there - and doing some great surfing. All the cherry-picking I could spare the time for, to enjoy this beautiful country.


Here are some highlights: 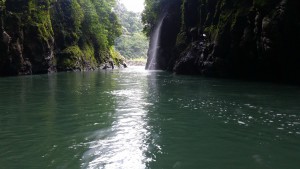 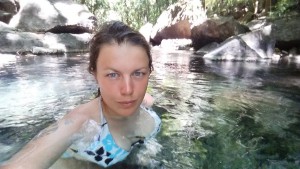 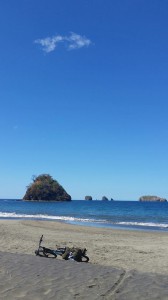 Biking from beach to beach at the Pacific side of Nicoya Peninsula, Costa Rica

(This is the last part of adventure description, which starts here. Sum-up and lessons learned: here )