Midsummer and solstice on Svalbard, 2017 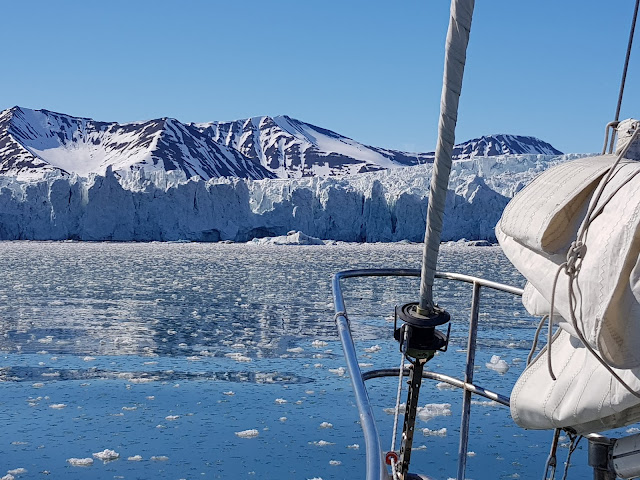 I have previously told you about the possibilities of spending Midsummer and Solstice on rare Arctic adventures, in Lofoten or Nordkapp. Myself, I celebrated the Midsummer on Svalbard this year, taking a dip in the ice-cold waters near a glacier, above 78 degrees North. 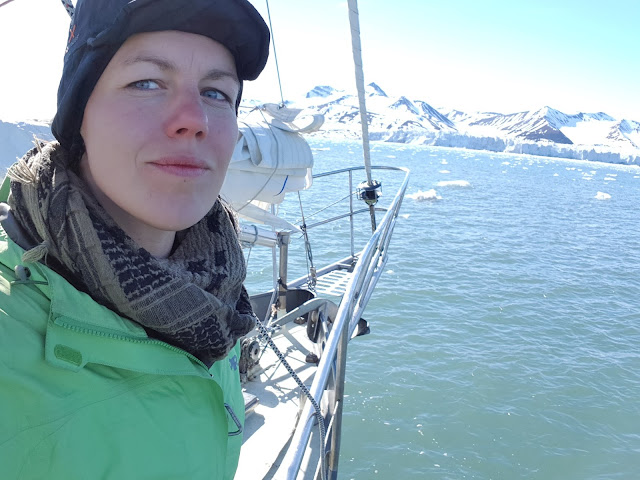 Once again I was sailing the steel ketch Mae West. After starting off in Longyearbyen, we went off to explore the Isfjorden. 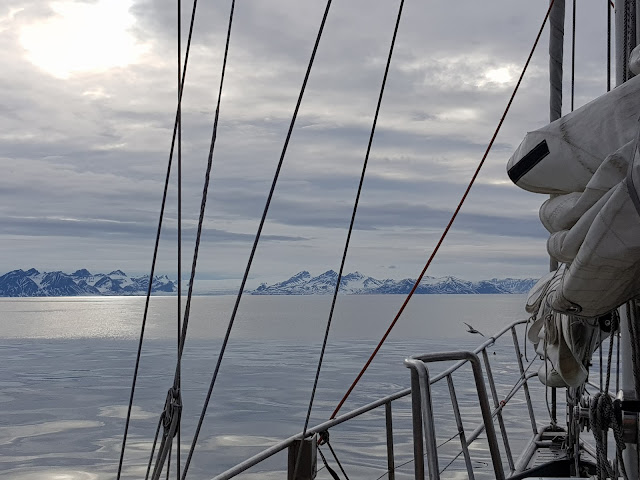 Midnight sun was there for us to enjoy, weather was pleasant, bird life abundant. 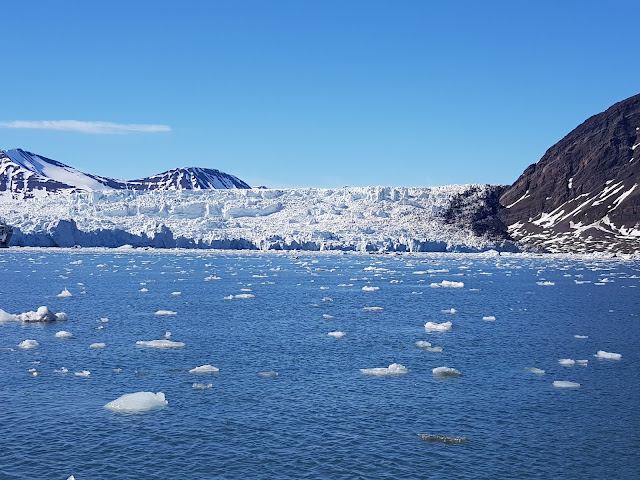 We could both motor and sail, and a lot of photo and video footage was taken by all onboard. 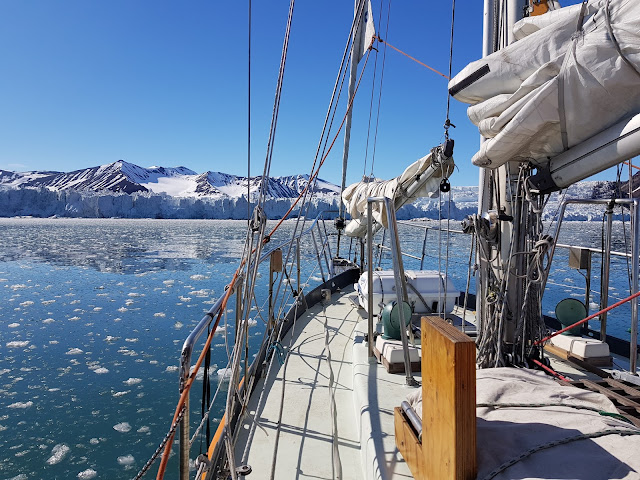 Did a careful approach to a couple of glaciers, not to close to get hit by a kanele after a calving. A lot of small ice bits in the water. 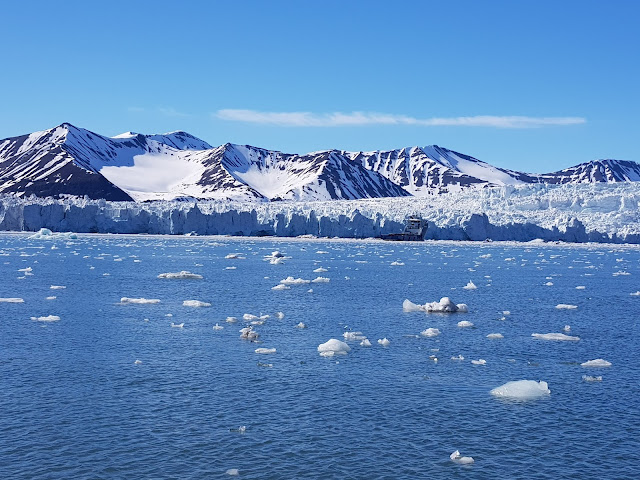 Here, we spotted Sysselmannen's boat, a huge arctic ship with helipad, rescue rafts and all the trimmings for working in these hazardous environments. 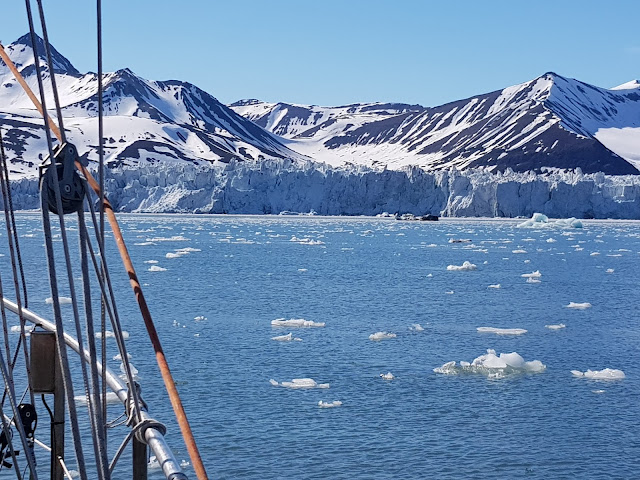 The jagged mountains in the background are typical for Svalbard. They are the reason why Willem Barents called this place Spitsbergen - "pointy mountains". 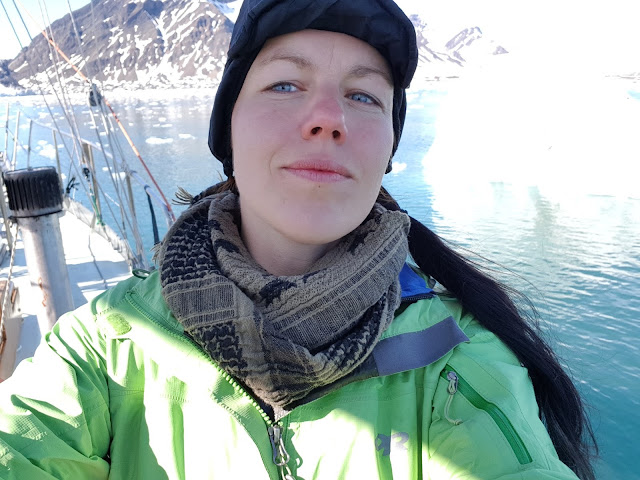 Landfalls were made for resting, cooking food and walking about. Then we sailed some more. There are a lot of interesting places to visit, such as Barentsburg, Pyramida, Grumant, Bird Cliffs, Skansbukta, and a lot more. 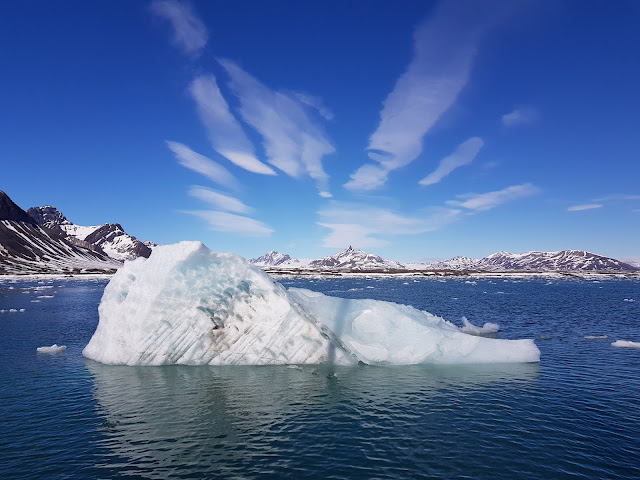 In Nordfjorden, there was a great lot of smaller and medium-sized icebergs. Isfjorden was mostly clear. The northern coast of Svalbard was reportedly packed with ice, so no possibilities for sailing could exist there. 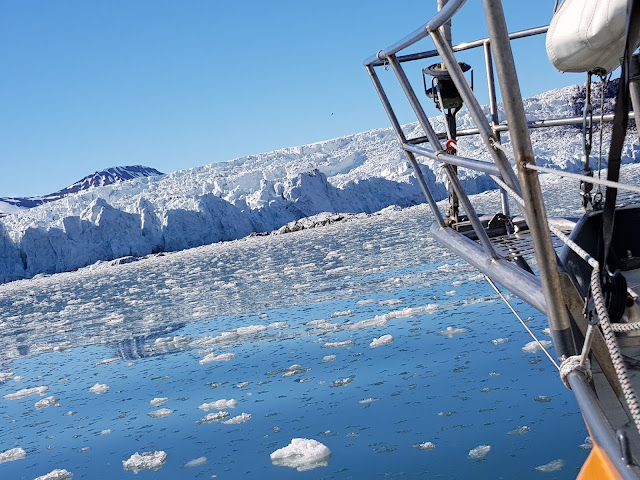 The sound of the ice in the water is the continuous loud clicking, cracking and snapping. Almost like when you pur a cold drink over some icecubes. 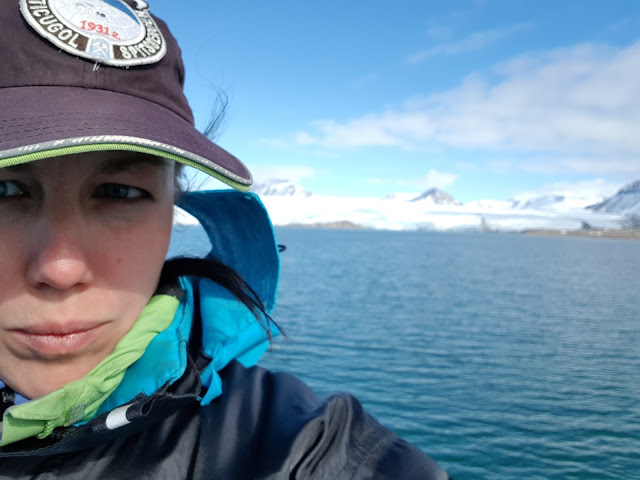 During Arctic summers, it's easy to just sail on during the whole night - it's light and beautiful. After 10 days in Svalbard, I had an acute lack of sleep, but was very happy with all the events. 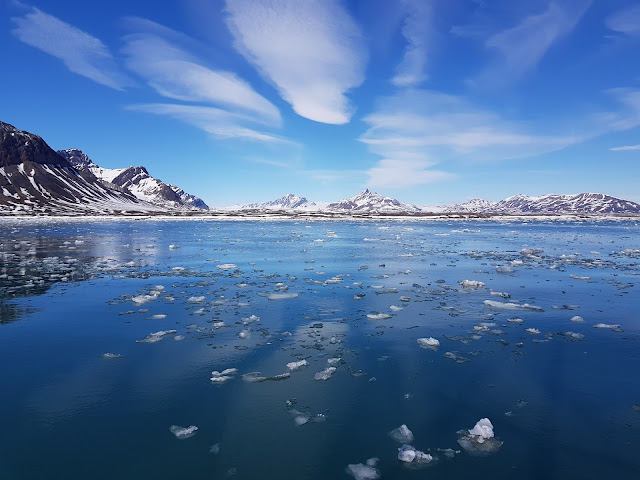 Svalbard is still one of the most beautiful places I know. But there are more. For guide tours there, or elsewhere on this large Earth - contact lena@adrenalena.se