on January 31, 2018
Upon completing the Sydney to Hobart Yacht Race, and arriving to Hobart in Tasmania, rest was not on the schedule. I was determined to explore this beautiful and wild remote island, a one-in-a-lifetime opportunity to see what Tasmania is about. The finish line celebrations, race prize ceremony, and New Year’s eve blended into one – all spiced up by the Taste Of Tasmania food festival, located conveniently right next to the docks.

Watching the fireworks from the Constitution dock, right over where the finish line of Sydney to Hobart race had been, and celebrating on the boat, together with the crew members and their families, as a big family, was great. But I was also going to go from sailing to land exploration, so here's what I did.

No party and no Tasmanian sparkling wines will be a match for some proper adventure. My goal was to explore the historical heritage of the island, as well as see as much nature as possible. Tasmania may look like a tiny island on the map, but it’s actually very large and diverse. There’s so much to see even in the vicinity of Hobart, that at least a week is required to get the first taste of it. 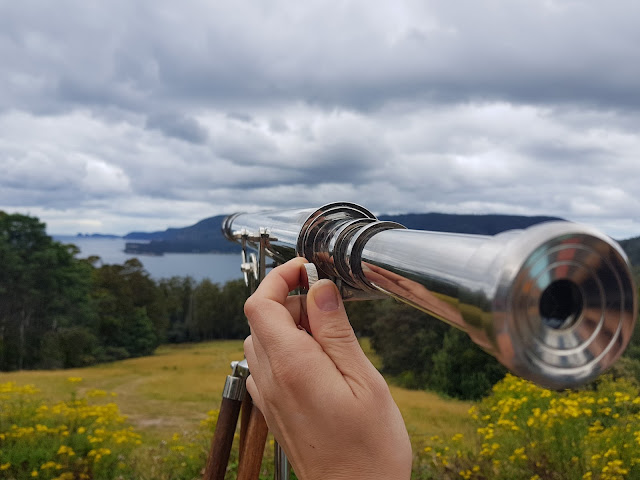 Australian history is to a large part formed by the shipments of convicts. The reason was two-fold: the streets of Britain were rid of criminals and rebels, and the lands that were colonized were to be inhabited so they could be claimed as British colony. The first was a tragedy for those who committed petty crime out of poverty, or whose crime was oppositioning ideas – upon being sent off in inhuman conditions to a faraway land, nobody had the means of getting back to their home country, and many found painful death in the belly of the ship, in the waters of the ocean, or soon after coming ashore. The second, inhuman violation towards the indigenous people, has left a nation-wide scar that hasn’t healed even today.

I visited Port Arthur, which was one of the convict sites. Many parallels can be drawn between this and Gulag, which is mentioned in the museum that surrounds the site: mindless building projects, exploitation of human labour, forced migration, equalling progressive political ideas with criminality, penalism, experiments on convicts, mental hospital that was in fact an isolation prison, and more. Also the fact that escape was virtually impossible even without guards is comparable with how the Gulag was run – however, the latter was more industrialized, and existed in modern times which is hard to grasp even for Tasmanians. 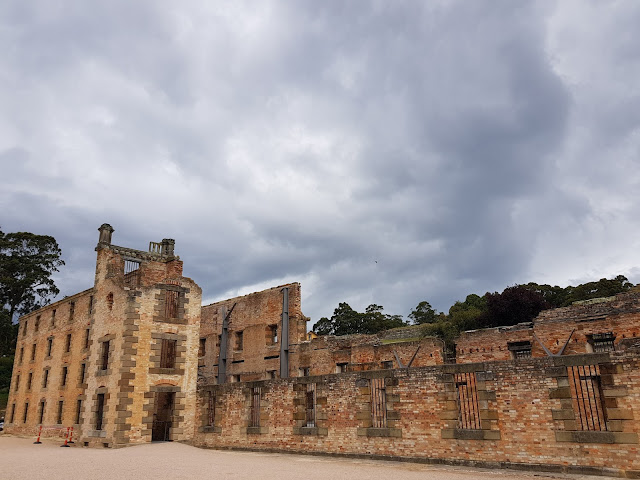 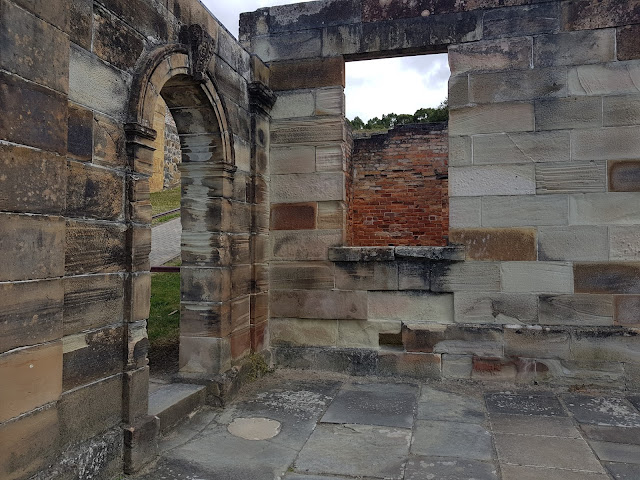 The heartbreakingly beautiful conditions in the height of the summer (January) turn sinister as a chilly wind reaches into the bay. I can imagine that the South-Easterlies fetch the Antarctic icy cold and relentlessly through it into the faces of the rocks and hills during the winter months. We are in the Roaring Forties here after all. I take a boat ride around the bay, past the place where the child colony was, and watch in silence how the old gravestones on top of the Island Of The Dead silently bear witness to so many deaths in labor and suffering.


The next destination is also due South-East. We passed the Organ Pipes and the stark ragged coastline, now it’s time to experience it from the above and inland.

The local sights include the Blow Hole, Devil's Kitchen, The Arch and several more. The erosion of the cliffs by the ferocious seas gives birth to magnificent art and architecture, all made by nature.


On the horizon, I see a few sails that I recognize. The racing giants, that we competed against in Sydney to Hobart, are leaving for home port. The journey back is even more dangerous, without the constant attention and backup by rescue team, without the other boats that can help out, often without the professional crew that is present for the racing only, and sometimes with a hyped approach to risk-taking after getting a good race result. The weather is still unpredictable, the seas tricky, the winds fierce. Just after I left, 2 boats were subject to rescue, one of them partookin the RSHYR, but sank on the way back.


There is so much more to see in Tasmania, and as I say just a few days is not enough. I had wished for more running, biking, climbing and awesome hikes!

The last stop for me was Mt Wellington where I met the sunset. These amazing views were captured just hours before I left Tasmania for Melbourne, Sydney, and finally to Sweden. Tasmanian weather was like an OK Swedish summer day, variable and around 20+C, but up there on the mountain top it was just around zero and quite breezy. I was thinking back to sailing Svalbard! The views were absolutely amazing. The summit is available by foot or bike, of though many choose to get a tourist bus or drive a car there. The electric disturbances may interfere with the car electronics, in particular the locking mechanisms, so there are warning signs everywhere. It's always advisable to visit a summit without a car! In addition, there is a descent t where you can get your groove on a mountain bike on the way down. 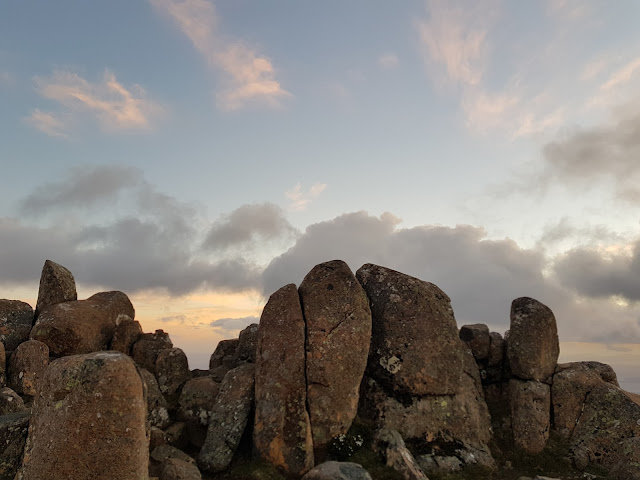 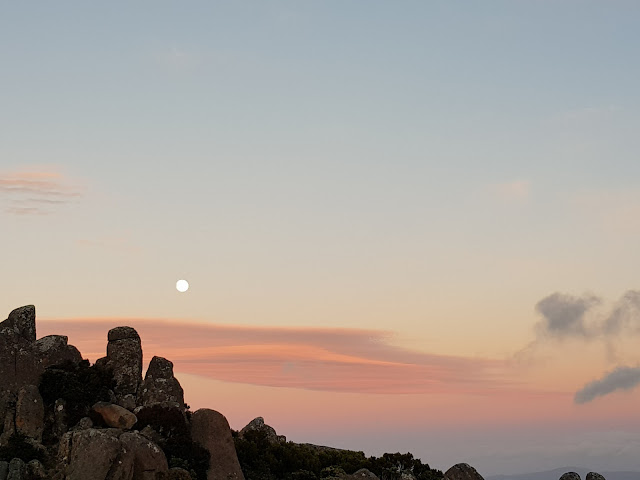 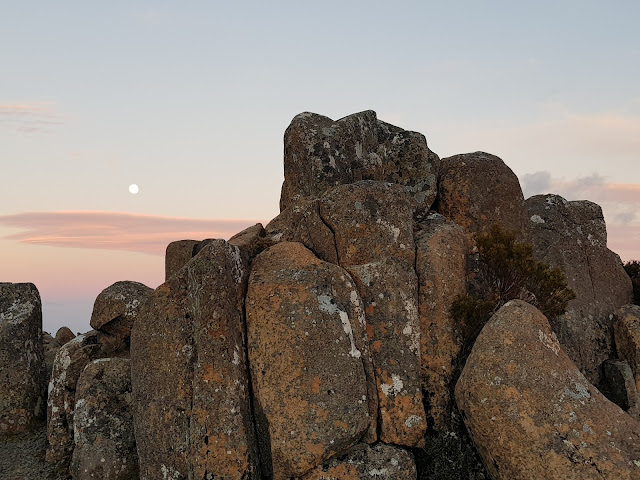 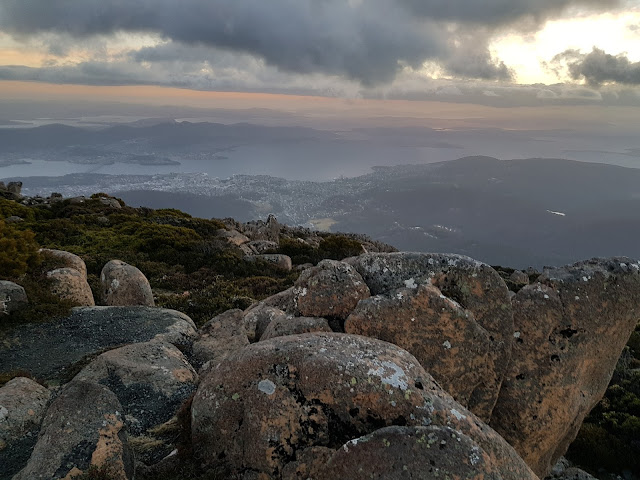 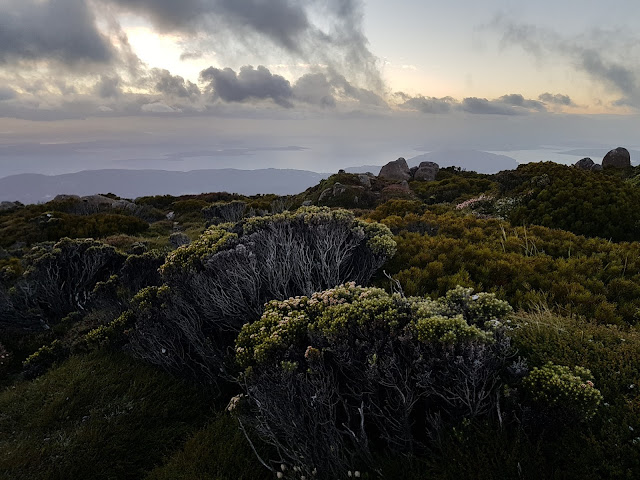 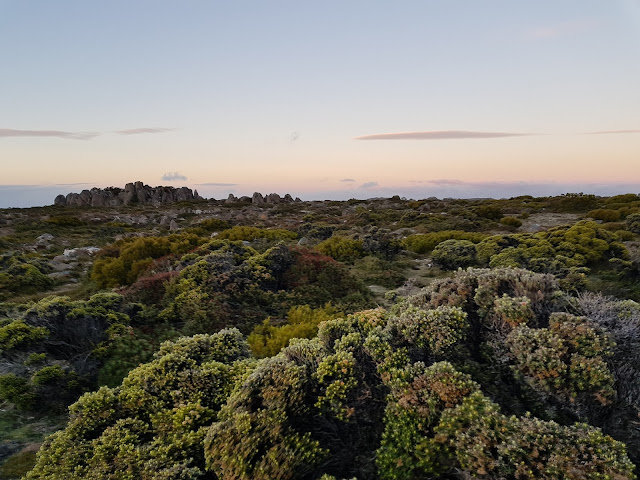 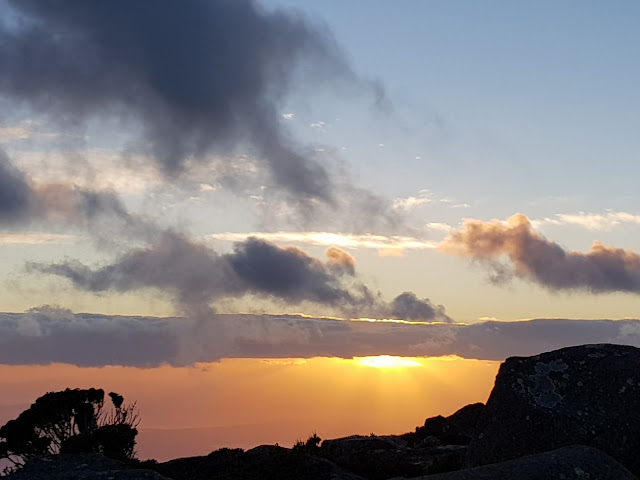 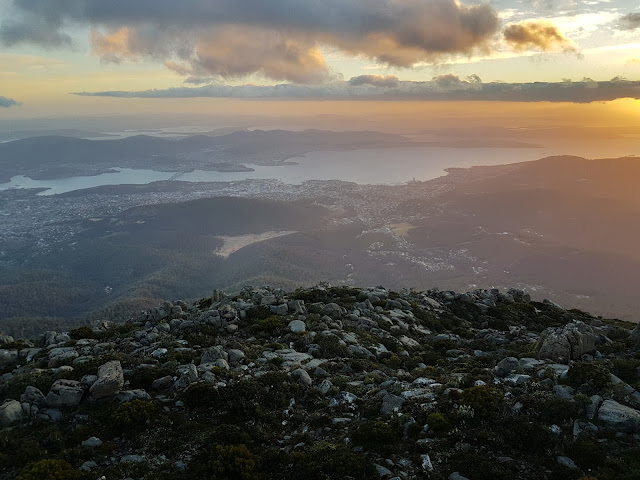 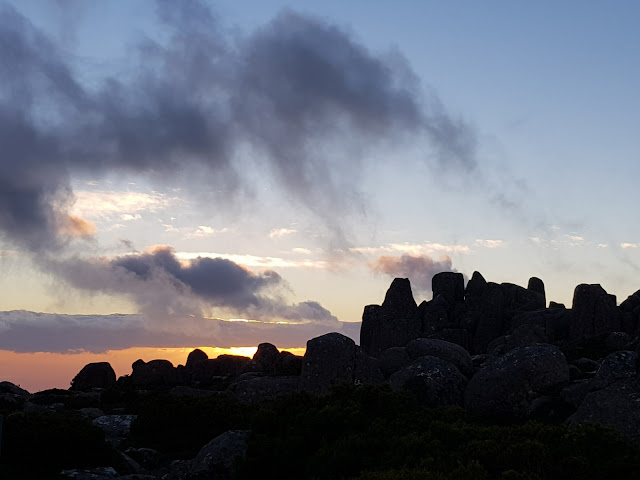 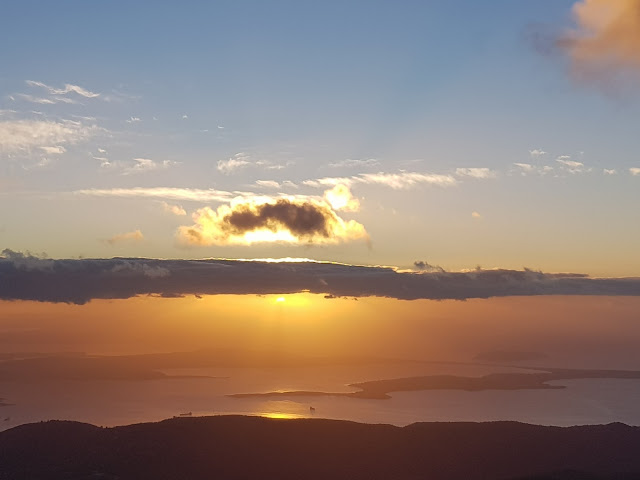 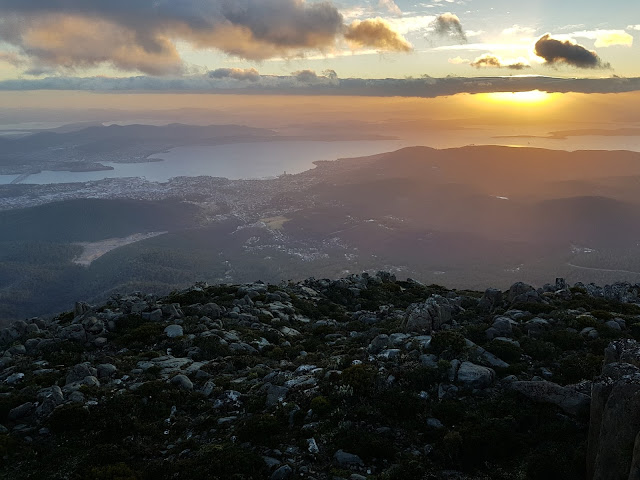 Last but not least, certainly I need to mention the food and drink culture of Tasmania. The island is unique with its chilly, sunny and wet conditions, and the local produce of the berries and mushrooms are legendary. The fresh seafood is abundant, and they specialize in oysters and scallops. Tasmanian Scallop pie is a local delicacy, as well as sea food generally.

There are a lot of vineyards, using the Méthode Traditionelle to create great sparkling wines. The reds produced here are most often lighter pinot noirs, but the white ones are abundant in many varieties, cold climate giving them a wonderful exotic fruit note.

I hopped back to Oz (Melbourne), then touched down in Sydney before the long trip home. Flying to Sweden takes about 1,5 days, even with short transfer times. But soon, I would be home, getting ready for next adventures - in proper Winter season this time!