Adventurer, entrepreneur, management and IT pro 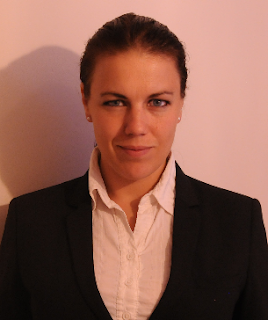 Lena Wilderäng, born Lena Padukova, has been a professional adventurer for several years - but an adventurer at heart all her life. Sailing log: here, summit log: here.

Since her childhood, she has always been a restless explorer, devoting all of her scarce free time to developing and challenging herself and others, and gaining new experiences and skills. Usually, that involves outdoor activities such as mountaineering, trekking, long-distance sailing, arctic exploration, and any trips that require physical and mental challenges, as well as survival skills.

She has been pursuing a career in IT parallel to the one in adventure, and has worked within IT ever since she started to study Informatics in University of Sweden, in 2001. Since then, she had been involved in projects as a developer, solution designer, architect, requirement analyst, technical coordinator and project manager, as well as strategy consultant. Between 2013 and 2016, Lena stepped up as a CEO of an IT consultancy company in Norway, managing the company's expansion which included hands-on recruitment and sales/customer relations, at the same time as fulfilling her assignment as head of integration departement at a large international customer.
Parallel to the technical work, often with system integration as major focus, she has had the management responsibilities, and has been holding several management certifications. The projects she has worked with have ranged from pan-Nordic to global, and she has been based both in and outside of Sweden. All of that experience has added up to the ability to lead and motivate within the most challenging and complex of environments and situations.

After she had left off to circumnavigate the Earth by sail, the life would never be the same. The path of professional adventurer is not widely threaded. Lena is used to it - she has a lot of experience from all other walks of life. Her other projects and interests have included: acting and modelling (seen in several films and series), stunt work, art (her paintings and drawings are sold on exhibit or online), voluntary defense and charity organizations, vintage vehicles, motorcycles, wine and mead import and tasting, small-scale farming and survival skills. She has written and released two books as co-author (see here and here).

Lena has been involved as a guide on extreme expeditions, and welcomes new opportunities of leading or joining projects that are out of the ordinary. She also offers a possibility to join an expedition with her. The life of a professional adventurer is full of stories to tell, and some of them are finding their way to the adventure log. To contact Lena Wilderäng and discuss extreme expeditions or corporate governance alike, use lena@adrenalena.se or LinkedIn.